Since the unfortunate failure of Terra USD (UST) and Terra (LUNA), Terra founder (Do Kwon) and other consensus members of the Terra ecosystem have been passing proposals aimed at reviving LUNA and UST, creating hope for investors who were burnt in the 99% crash of LUNA.

Do Kwon, Terra’s founder, proposed the first widespread suggestion. His proposal suggests that network tokens should be reset to 1 billion LUNA. Unfortunately, the unfortunate event kept increasing the total supply of LUNA, up to 6.9 trillion tokens, rendering LUNA valueless until the blockchain was halted.

Thus, Do Kwon believes an excellent place to start is to deflate the tokens to 1 billion and redistribute them among network participants as follows:

· 40% to all LUNA holders just before the depeg happened

· 40% to all UST holders as of the new upgrade time

· 10% to the community pool to fund future development

Do Kwon believes that compensating loyal LUNA and UST holders by allowing them to hold a large share of the network will spark a rapid revival of Terra 2.0.

Unfortunately, this proposal was rejected by the majority of the LUNA-tics, as they mostly disagreed with Kwon’s views for many reasons. For example, some disputed the future of UST, while others had concerns with redistribution tokenomics. They opined that the distribution would be unfair to previous LUNA loyal holders who could barely have thousands of tokens, unlike holders who bought several billion tokens during the crash for a few cents. Similarly, some other proposal voters disagreed because they felt that distribution could create whales, who could manipulate the new unified community being created.

The proposal had several other reasons for disapproval; hence, Do Kwon, the Terra Builders Alliance (TBA), and the Terraform Labs (TFL) proposed an amended revival plan to address all parameters as fairly as possible.

The amended revival plan started with a tweet where Do Kwon said, “Terra is more than UST.” Eventually, the amended joint proposal sought to revive LUNA solely and temporarily ignore the UST.

The proposal involves creating a new Terra Chain without the UST; the old chain will be called Terra Classic (LUNC), while the new chain will be Terra (LUNA). The redistribution will involve airdropping LUNA to LUNC stakers, holders, developers, and aUST holders who saved their tokens on the Anchor Protocol.

· 10% for the post-attack LUNA holders

No token is allocated for the Terraform Labs, making the ecosystem fully community-backed.

Also, only 30% of the distributed tokens will be unlocked at the genesis block, while 70% will be distributed in 6-month intervals for two years. This is done to avoid dumping immediately after the token begins to have value.

Whale caps are also set in the distributions to ensure that all wallets have identical profiles as of the start of the new chain to maintain a considerable balance in the ecosystem. See details in the agora community forum.

What’s Next for Terra?

Although the amended revival plan seems solid, it doesn’t satisfy everyone. Pre-attack UST holders who sold their tokens at a loss after the stablecoin lost its peg feel as though they are collateral damage in the revival plan. Regardless, most community members see the plan as a new starting point for the Terra ecosystem, and the proposal seems likely to pass.

If the proposal passes today, snapshots for pre and post-attack holders will be taken on Friday, May 27th, and the New Terra blockchain will be birthed.

Is Terra Undergoing a Hard Fork?

A hard fork involves an irreversible split to a blockchain protocol, creating a new blockchain. The new chain shares history with the original blockchain.

However, since the new Terra (LUNA) is set to have a new genesis block independent of the old Terra classic (LUNC), the ecosystem is NOT undergoing a fork. Hence, previous dApps and assets from the old blockchain will need to manually migrate to the new Terra (which would be unnecessary in a fork).

Many crypto community members, including Binance CEO, Changpeng “CZ” Zhao, had previously criticized the possibility of a hard fork since old transactions cannot be voided and a new value cannot be created from thin air. However, Terra announced in a Twitter thread that the migration is not a fork. Instead, it should be seen as a new beginning to reward loyal community members.

Many of the Terra community members feel that the token can be revived via deflating the excess trillion token supply; however, it is not all white and black. To burn effectively, tokens must be repurchased before destroying. Unfortunately, Terraform Labs and the Terra foundation do not have enough money in the reserve to account for the $30 billion loss. Hence, a burning mechanism may not be effective. Furthermore, burning the existing supply only increases value if there is a demand, but the tokens will get worthless without a demand. In fact, due to the pressuring demand for a burn address, Do Kwon provided one but warned that it would have no positive impact on the blockchain and they would only lose their tokens.

Is There a Future for Terra?

Terra 2.0 is expected to solve these issues by eliminating the UST from the ecosystem by not including it in the new blockchain. Hence, LUNA’s value will depend more on community action and not the algorithm, giving investors and holders a new chance to build a community-owned ecosystem.

Regardless of the optimism from Terra core developers and community members, we can only speculate, and no one can know for sure if all will ever be good. However, the crypto market can be forgiving, and Terra could rise again.

It is clear that reviving the ecosystem cannot be efficiently done via burning or hard forks, so we look forward to seeing the proposal votes on the optimistic migration plan toward Terra 2.0. If the proposal doesn’t pass, we look forward to seeing subsequent revival plans; however, one thing is definite, a working revival plan is not only a win for Terra but a win for the entire cryptocurrency ecosystem.

Also, check the CCTIP Blog daily to stay updated with the latest cryptocurrency happenings and educational articles that help you understand cryptocurrency and blockchain technology tenets. 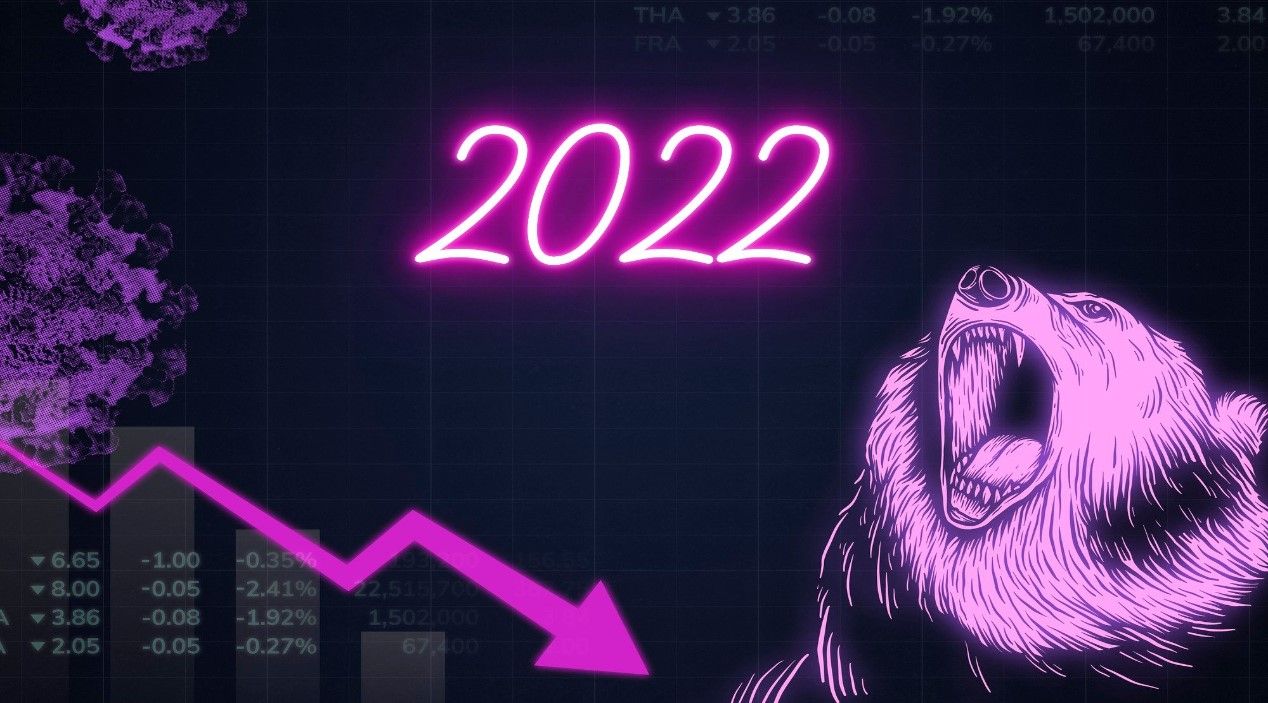 Crypto Market Roundup 2022 - What Did We Learn? 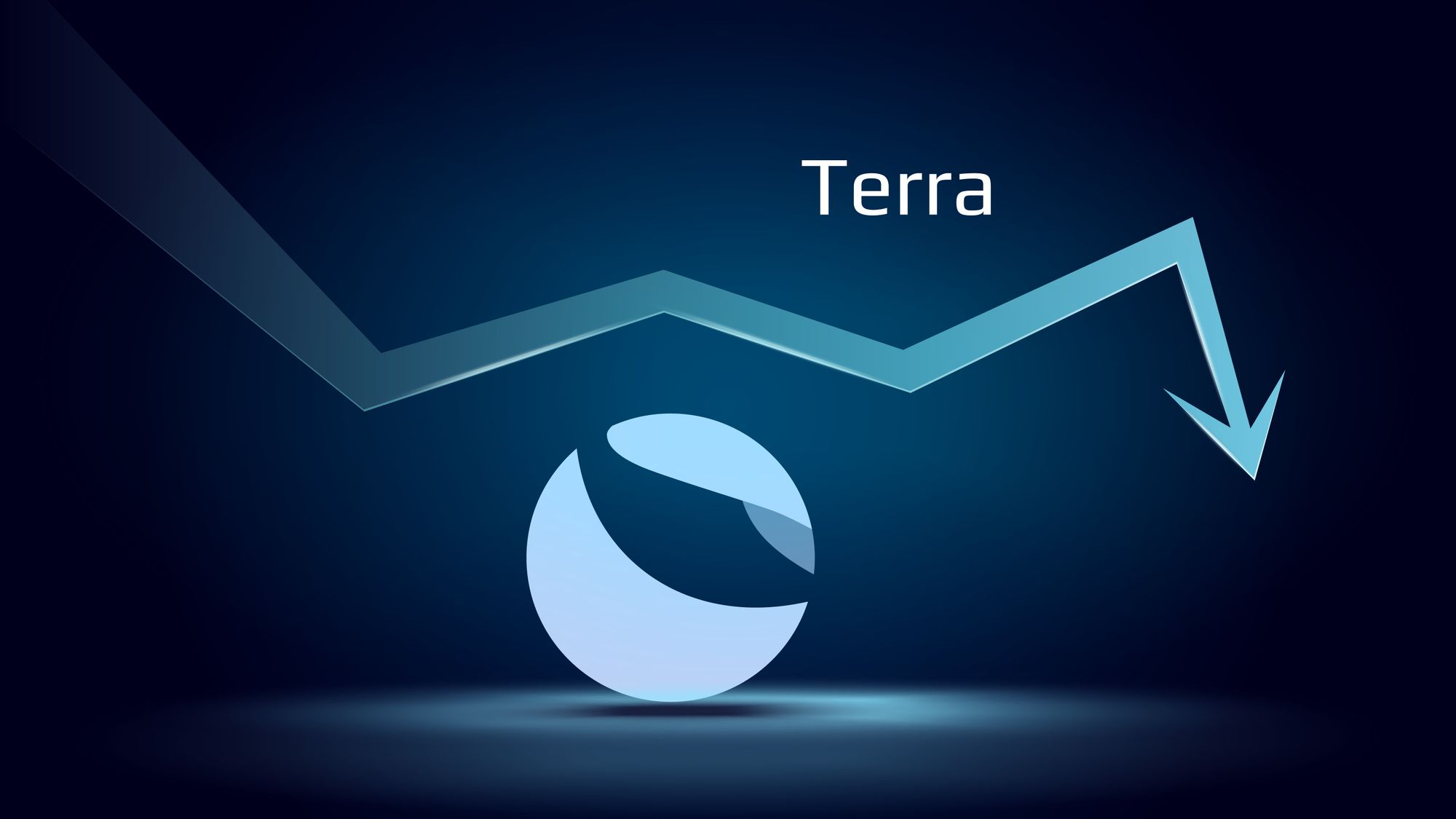 TERRA LUNA: What Did We Learn From The Biggest Crypto Crash in 2022?